Donald J. Trump - explanations on what happened to all of us. 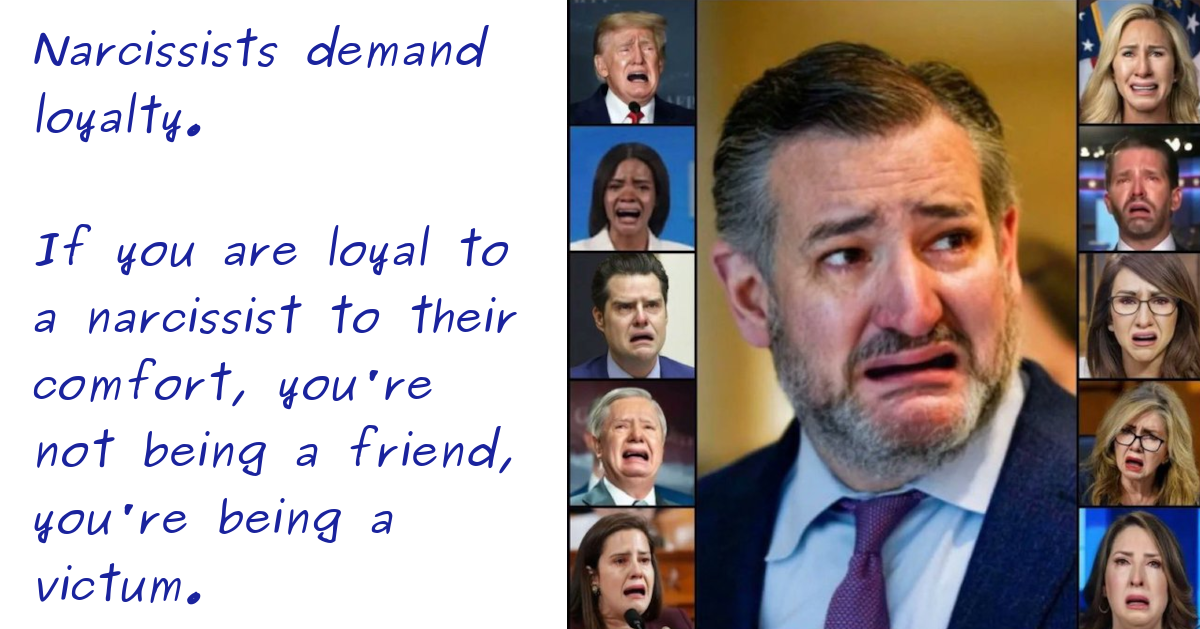 I heard it said today by someone on a streaming news channel that, “...he [Trump] is the calm at the center of the storm he creates.” A near perfect insightful description of what to expect when dealing with a narcissist, I thought.

Narcissists cultivate interpersonal conflict and confusion, mayhem and insecurity in their environment. In these conditions they can distance from blame for any failing to perform. Others are blamed for failures while the narcissist craftily avoids being nailed down for their shortcomings.

At the root of all unhealthy narcissism is the inability to process shame in healthy ways. Try to remember that when giving thought to Trump and his behavior.

Narcissists demand commitment and absolute loyalty from those that they choose to have around them. Narcissists offer freedom from the limits of convention and norms and will stand up for others’ nonconformist behavior.

And the narcissist will expect the same from you.

Narcissists are masters of interpersonal exploitation. They will say and do whatever it takes to achieve their desired goals.

The main focus for a narcissists existence is the avoidance of feelings of shame; this is the key subtle and far reaching personality disorder part. They avoid shame while maintaining in their own head a personal sense of superiority. One of the means employed to achieve this is that narcissists take responsibility for absolutely nothing. And if you attempt to hold them accountable for something, they will blame you for being overbearing and victimizing them. No matter what it is, it is somebody else’s fault. They are the victim.

Narcissists are dangerous people. Mostly because normal thinking people cannot phantom the depths of the narcissists deviant behavior. And in place of actually grasping and understanding their behavior; people will instead make up reasons and excuses, fill in the blanks for what they can not make sense of. Painting the narcissist in as bright and positive a color as their benevolent imaginations can come up with.

The next phases of the Trump legal saga is the laying of blame now that Trump is cornered and cannot otherwise avoid blame.

Michael Cohen described what could be expected fairly perfectly. People will have their lives and careers ruined as a result of allying themselves with the person with the personality disorder that they do not understand and thus cannot protect themselves against.

Documents and court filings relevent to the former President's activities thru 2022.