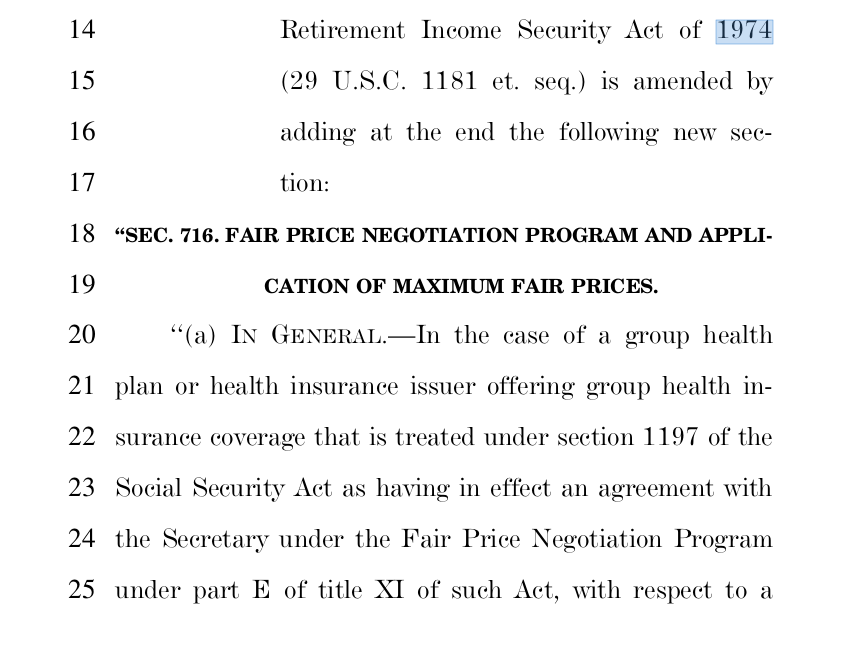 There is such a thing as ghosts. I am inhabited by one at the moment and this ghost  has something to say.

Students of the area of...being an American should google :

And look for the references in American Legislatures official record keeping mechanisms.
There is an incredible story here. When identifying how this whole drug pricing and taxpayer money tug of war began.

I was there as a youngster, when the woman that handled writing policy for the District of Columbia, shared with me the crime that was being committed on Capitol Hill that day; when they voted into law the means by which the Government would be prohibited from any form of negotiation concerning Government purchases of drugs from drug suppliers.

I was 18 and it immediately struck me as...somebody watching out for their pocket somewhere.

Anyway, that is where the argument over whether their should even be as specific legal prohibition against the perfectly logical act of negotiating what you are willing to pay for as particular thing....

Anyway that is it.

This represents a revenue stream that has been in existence since it was signed into law; that guarantees a stream of taxpayer revenue...where the taxpayer is prohibited from setting the amount.